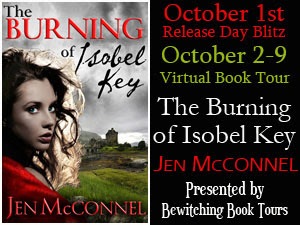 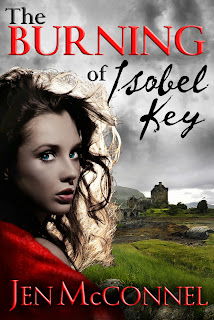 The Burning of Isobel Key

When Lou travels to Scotland, she's a mess. She is twenty-six, unemployed, and unsure of herself. It doesn't help that she's traveling with Tammy, her best friend, who is everything Lou is not.

At first, the trip pushes Lou towards the brink of depression, but then she meets Brian, a handsome local tour guide. When Brian tells the tourists about the countless witches burned in Scotland, Lou starts to listen. And when she discovers information about Isobel Key, one of the victims of the seventeenth century, Lou finds renewed purpose.

She sets out to learn the truth of the condemned witch, but she isn't prepared for the knowledge that waits for her. Lou must face her demons if she has any hope of righting the wrongs of the past. 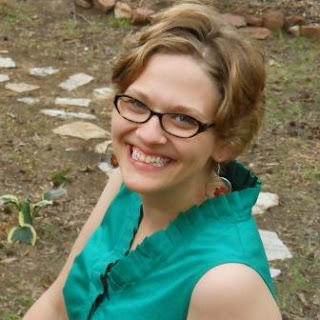 Jen McConnel first began writing poetry as a child.  Since then, her words have appeared in a variety of magazines and journals, including Sagewoman, PanGaia, and The Storyteller (where she won the people’s choice 3rd place award for her poem, “Luna”).
She is also an active reviewer for Voices of Youth Advocates (VOYA), and proud member of SCBWI, NCWN, and SCWW.  She lives in North Carolina, where she teaches writing at a community college.

And don't forget to enter the giveaway!
a Rafflecopter giveaway